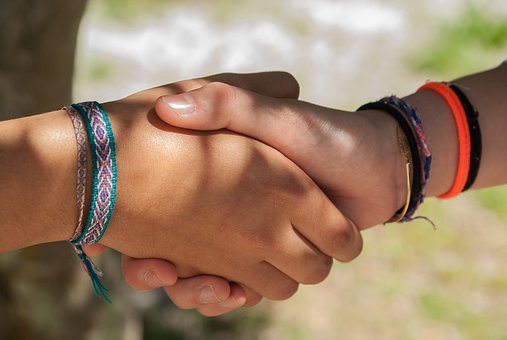 “You have to be moved tonight to another hospital with more facilities,” the doctor informed Sumi, realizing that her condition had deteriorated.

When Yohan, her good friend in the next room, heard about this, he was devastated.

Both of them had advanced carcinogenic melanoma and had grown very close over the past two months.

“How about one last cup of coffee?” he asked her.

There was more than a hint of inevitability in that question; it was just a matter of who would go first.

Written as part of Saturday Short Story prompt on the Write Tribe WhatsApp group. The theme for today is: 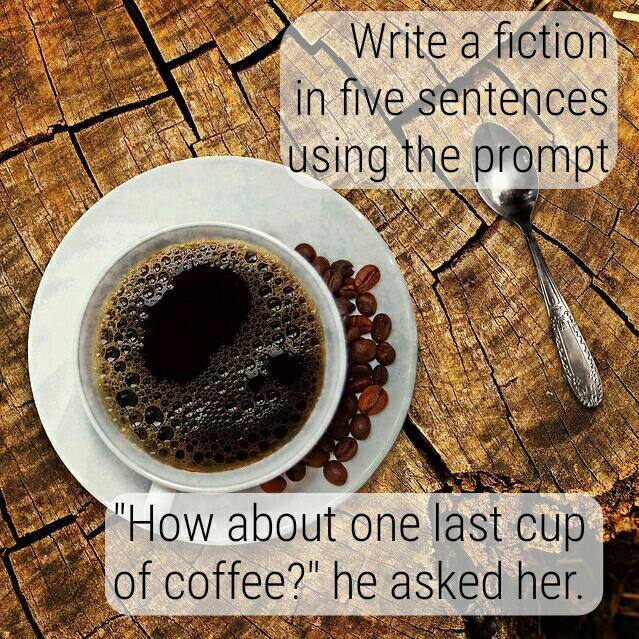 I woke up disturbed this morning. That was because I had a very lucid dream. My dreams are not usually clear. They are blurred, hidden, like the clouds covering the moon and you can only see the silhouette. Sometimes it’s very dark too, and all you can figure out is that you are at the receiving end of something horrible. Those are the dreams where you wake up with a sweaty body, parched throat, numb legs and shaking hands. But the one I had last night was clear, so clear, that it was as if I was physically there at that point of time. This one nagged at me for a while this morning, before I got caught in the crossfire of living. It pulled me again to its contours later this evening and I had to shrug it off forcefully from my mind. I wouldn’t categorize it as a bad dream. It wasn’t a good dream either. But it was a dream – strange and deep but the meaning eludes me. I thought I’d write about it.

The place was melancholy. Dark clouds hung over, about to burst into a torrential downpour. The trees swayed incessantly in the strong winds. Leaves were petrified of being disengaged from the branches. I walked through a puddle of water. It was a slow walk. I took my time as I meandered towards a field. The grass was heavy with the amount of water it held. My shoes were sodden with all the walking in the water. The wind had picked up and I noticed a couple of houses past the meadow. The lights were flickering, barely managing to stay alight. I felt a tingling sensation on my left leg. I knelt and found a few ants playing around my calf. I shook off the silly ants. When I was upright, I was shocked to see a little girl standing a few feet from me.

She was not more than 10 years old and smiled at me. It wasn’t a cute, childish smile. It was a sad, disconcerting smile. She had a beautiful dress – a red top and a black skirt. For a few moments, we kept looking at each other apparently studying each other’s eyes. She had black eyeballs and it had a sea of stories to tell, I thought. The more I looked at her, the more teary eyed she became until at last I couldn’t look. I turned my gaze only to find that the scene had darkened. When I looked back to where the girl had stood, she wasn’t there. She had moved away from me and was frantically waving at me. It seemed she was desperate. I followed her hands and with each step I made, she made more strides. The distance between us widened and I had to quicken my steps to catch up with her. I had followed her to a lake. It was an angry lake, the water flowing vigorously. I could hear birds chirping animatedly. They had to get to shelter as it began raining – slow at first before picking up pace. Amidst the rains, it was difficult to sight the girl. But she was there. Suddenly, with a smile as bright as a star could be, she ran towards a house beside the lake. I followed her there too – I couldn’t resist doing that. The moment I reached the seemingly desolate house, she had shut the door. I opened the door and looked inside. There was no one. The place was eerily silent. The house had just three rooms – a living area, a kitchen and a bedroom. I just couldn’t find the girl anywhere. In the bedroom, I found the red top and the black shirt neatly tucked on a side of the bed. But she had vanished.

Who could that little girl be?

Steve opened the newspapers every morning to the obituary page. He analyzed the age of the dead, their survivors, and the region of the country where the death happened. It was his passion.

Midway through the page, he noticed something familiar. The name, the age and the region all rang a bell.

Perhaps it was fate’s directions that he had to know about his ex-wife’s death from the obituaries. He quickly folded the newspaper and sank back in his chair. Today was not going to be a day of passion but one of emotions as tears rolled down his cheeks. 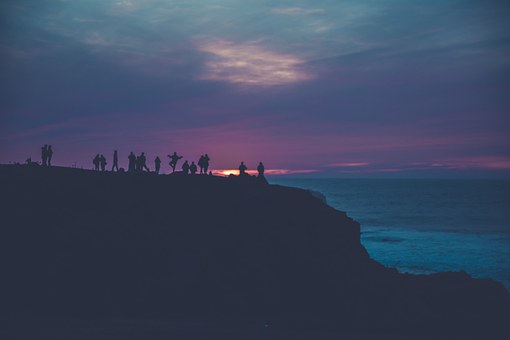 Sam, Avinash, Rohan and Sujith met at the top of the cliff, like they did every September. The ninth month was their favorite – they were all born in September.

Over drinks and merriment, they talked about their past and the secrets only they knew.

Avinash was standing on the edge of the cliff. He didn’t notice Rohan standing close by. A nudge – Avinash lost balance, crashed his head on the rocks and met a grizzly death.

“How dare he have an affair with my wife? He paid the price for that!”

That was one secret the group didn’t know about.

When the beautiful roses and the box of John’s favorite mint chocolate was finally prepped, a tired Jess heaved a sigh of relief.

Realizing that it was already very late, she prepared to get some sleep. She woke up with a start the next morning and looked at the clock.

“Oh no! I overslept. He’ll be livid,” thought Jess, rushing to get ready and leave.

She walked through the beautiful path lined with gulmohar trees, arrived at John’s place and carefully placed the roses and mint chocolate box on his grave.

She mumbled a sorry for being late but the breeze caressed her cheeks telling her it was alright.

Written as part of the Saturday Short Story prompt on the Write Tribe WhatsApp group. The prompt for today is: 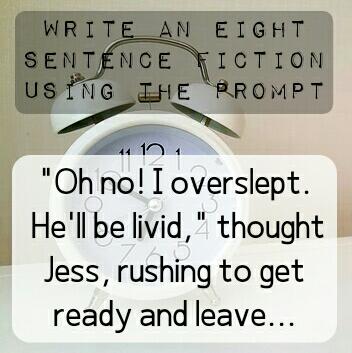 The house where Sandhya gave English lessons was on the way to her son’s school. That was the reason why she took him along every day.

That day, as she opened the gate, a light drizzle began to fall. She prayed it wouldn’t rain hard. An umbrella was still a luxury for her. She had somehow managed with her old one, but it had worn out too much.

Once inside, she helped her son on to a chair before commencing her grammar lessons. Over the course of the next hour, she could hear him talking to himself and running around the place. He had become quite used to it over the last few days.

After a barrage of exercises to her students, Sandhya decided to wind up and leave. When she looked around though, she couldn’t find her son. But she soon saw him at the front of the house staring up at the sky. She noticed that he was clutching something in his hand.

“Shall we go?”, she asked him with a smile. He nodded. She realized then that her son was clutching a toy car in his right hand. Even as she tried to take it forcibly from him, a voice stopped her.

“Let him take it. The boys used to play with it. But not anymore.” It was the mother of her tutees.

Sandhya’s son smiled at her. The pain of a few moments back had given way to utter joy.

As the rain pelted down, Sandhya hailed an auto to take her son to school. Before leaving, she didn’t forget to give a thankful smile to the wonderful mother who had made her son’s day.

The rain came down with such ferocity that umbrellas were useless. Suhasini hailed a taxi; she hated it but she had no choice. She was already running late for her daughter’s birthday party.

Once inside, she realized how dark it was. The only lights were those of the vehicles ahead. Electricity had been cut because of the rains.

The driver was a middle-aged man and he was being very careful on the road. Midway through the journey, Suhasini started feeling claustrophobic. The red neon lights of the vehicles ahead were causing her to feel disoriented. Her clothes were damp and she didn’t like it at all. Besides, she had an uneasy feeling that the driver was looking at her constantly.

She heard a cry and was startled. That was when she noticed that a child, probably a year old, was propped against the front seat of the car. The driver looked at her through the rear-view mirror and smiled at her while at the same time gently patting the baby to sleep.

In the next few minutes she heard cries of other children. As she frantically searched for the children crying inside the car, she heard her own daughter’s cry too. Panicking, she swayed her hands wildly to get to her daughter. But there were too many children and she was being pushed and shoved by them.

A balloon burst nearby. Suhasini woke up with a start. When she looked around, she could see her husband and daughter make arrangements for the party. She ran and hugged her daughter who looked bewildered. Suhasini was relieved she only had a nightmare.

A frustrated Parvati switched off the gas in the kitchen animatedly.

Stepping out of her home, she made her way to the beach nearby and began walking aimlessly.

If only I could go back to who I was, she thought, looking at the steps behind in the sand.

Six months back, Parvati was bubbling with infectious energy but now she was deep inside a shell.

A jealous grief had exacted its revenge on her as she had lost her job, her supportive father and her faithful dog.

Writing in response to the Saturday Short Story prompt on the Write Tribe WhatsApp group. The prompt for today is: 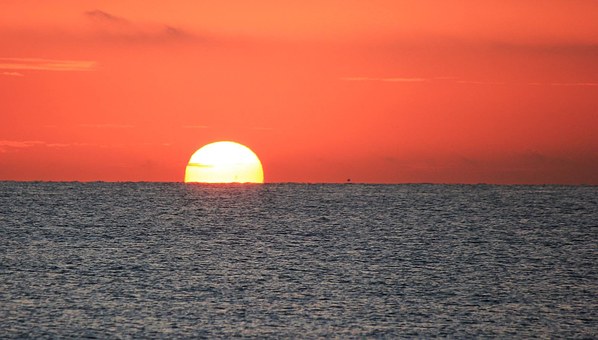 With shaky steps, Manohar stepped on to the stage. One of his assistants was perched against a wall a few feet away. Another blindfolded him and handed the knife.

Before panic could unsettle his nerves, he swirled the knife in one fleeting motion. The loud cheers from the crowd told him that he had succeeded.

He removed the blindfold. The guilt of the past, when in a drunken stupor, he had missed the mark and fatally killed his assistant, still haunted him. After 12 years in jail, he had once again wanted to be the ace marksman he was known as. 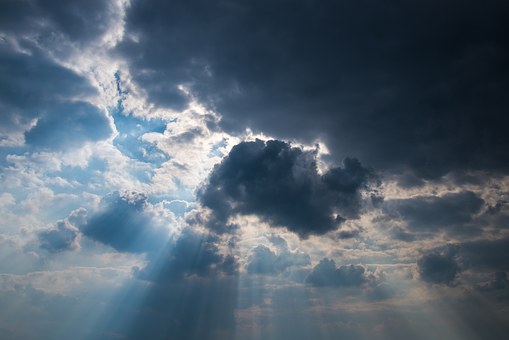 Sitting beside Michael in the hospital bed, his wife Vandana held his hand and caressed it.

Michael had met with an accident at work four days back and was comatose.

An exhausted Vandana felt an inkling of brightness outside; after four days of rain, the sun had come out, but just for a moment.

At that moment, Michael’s hand moved.

There was some hope after all, Vandana realized as she rushed to call the nurse.

Writing in response to the prompt for Saturday Short Story on the Write Tribe WhatsApp group. The prompt is: